Teenage is a documentary that follows the evolution of youth culture and the establishment of the teenage years as a separate stage of life, from the first movements against child labour – back when you’d start your factory job at 13 –to the “Teen-age bill of rights” in 1945, when the word entered our vocabulary for good. Don’t be deterred by my dreary introduction, for this is really fun and immersive: most of the film is compiled from archive footage, and what isn’t is made to blend in with it. This way, you are not watching teenagers; you are with them, one of them. The film offers the unique perspective of walking you through history – including two World Wars no less – not through a character or even a country but through an age. 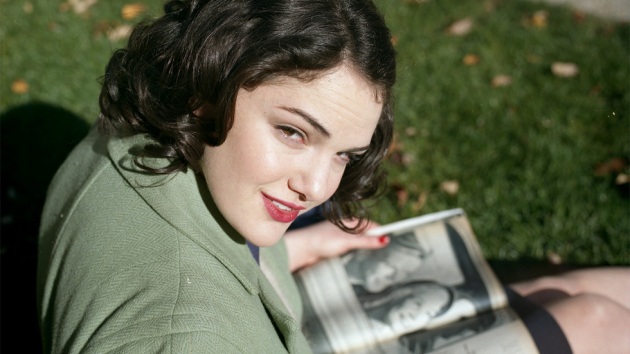 It is in a way a bit strange, because you know that the individuals you see and hear grow up and away yet four unchanging narrators speak for youth as a group, telling every decade and event from the same teenage perspective. The narrators represent teenagers from different parts of the world and you may recognise the voices of Jena Malone (Hunger Games: Catching Fire) and Ben Whishaw (Skyfall) as the American and British teen, respectively. The voiceover storyline is a testimony mostly compiled from and inspired by teenager diaries; this is clever and highlights that once upon a time, there were different ways to be young and different cultural norms, before the wars and the development of travel and communication spread the American culture, looks, music and thinking, until the American teenager became the poster child for youth everywhere. The archive footage is at times very grainy which is quite uncomfortable on a big screen. Yet, knowing the authenticity of the images definitely serves the filmmakers’ aim to have the audience identify with the characters rather than be outsiders looking in.

Teenage is a perfect companion to Marten Persiel’s This Ain’t California, a chronicle of young skateboarding culture in post-WWII East Germany, precisely where Teenage doesn’t reach and when its story ends. The young protagonists in both films share the same ideals of freedom of choice: choice in their hobbies, in their friends, their opinions. The right and will to criticise the establishment and take their lives into their own hands. As someone who teenaged through the 00’s, I feel like this is still very much the case today.

Teenage was released in the UK on 24 january; check teenagefilm.com for screenings around the world.